The Dambusters and Berlin Airlift revisited 2008

In2008, a group of us intended to fly to Berlin to land at the airport of the Berlin Airlift, Tempelhof.

The group would consist of almost 70 pilots & passengers from all over the UK.

Me & flying buddy Martin departed Leicester and had good visibility but a slight headwind on the three-hour flight to Holland. Landing at the sub-sea-level Midden Zeeland, we cleared customs and had lunch before flying on to our overnight stop. 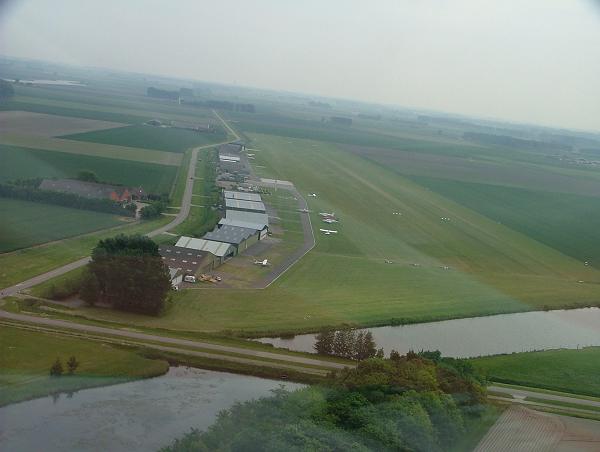 Above: Cranked approach to Midden Zeeland in Holland

Planning to camp under the wing at Korbach in Germany, we had opportunity to fly over the first two of the three dams involved in the Ruhr raid: The Mohne and Sorpe. We tried to simulate the approach paths of the Lancasters as they would have aimed at the dams, but we were obviously a bit higher (and we were in daylight). 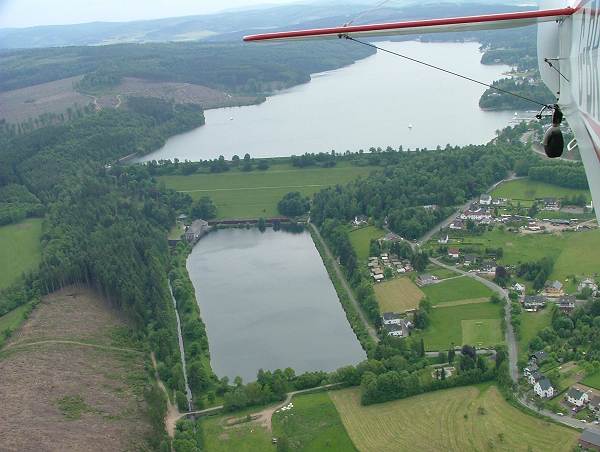 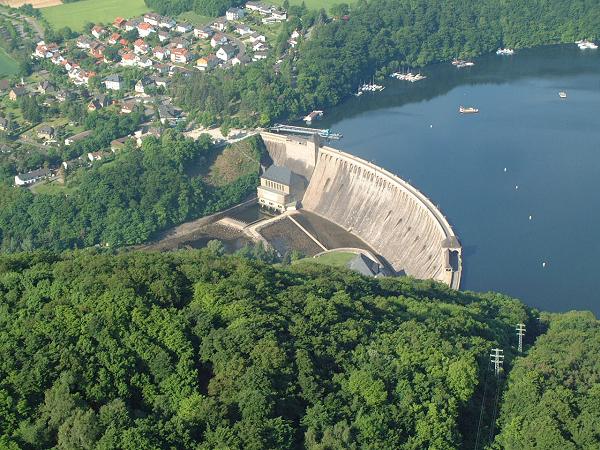 Above: The Mohne Dam

After symbolically doffing our caps to the memories of those brave men, we continued to Korbach. Five countries (England, France, Belgium, Holland and Germany) in one day.

Korbach has a little grass strip quite close to the village. 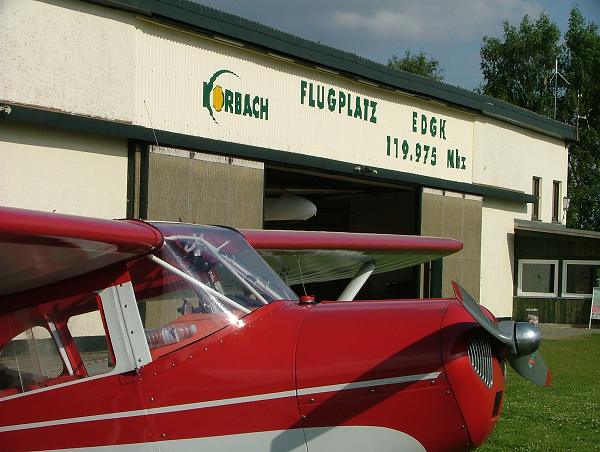 The manager acquired some mogas from the village, and then kindly drove us in to get some beers and dinner.

The whole town was like a museum, with 13th Century wooden-framed houses all immaculately maintained. 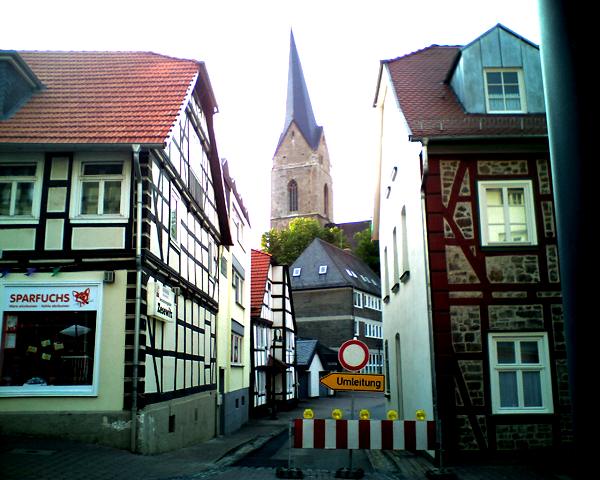 Above: Korbach village...and yes, the spire really is bent over.

The barman at the last bar we stopped in was a flyer, so he gave us a lift back to the airfield.

The following day we continued to the last of the three dams...the Eder. We also passed some impressive castles & monuments. 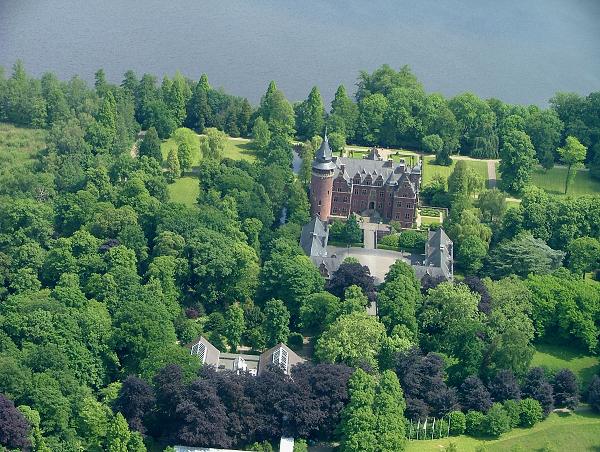 Three hours later, as we approached Berlin Tempelhof, we were asked to hold for 15 minutes or so while some IFR traffic arrived, then we received clearance for a right base for 09L. 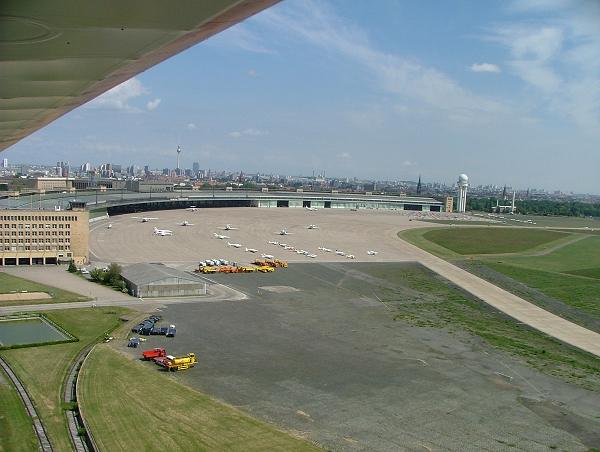 Above: Short final for 09L, looking under the left wing at the vast apron & terminal. The curved roof is 3/4 mile long. 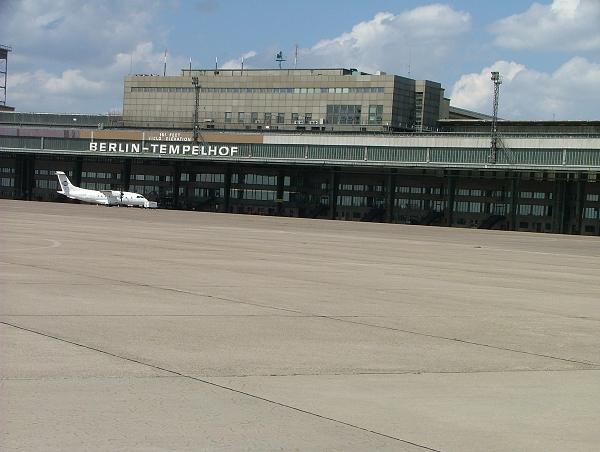 Above: The apron is huge, dwarfing even the jets. 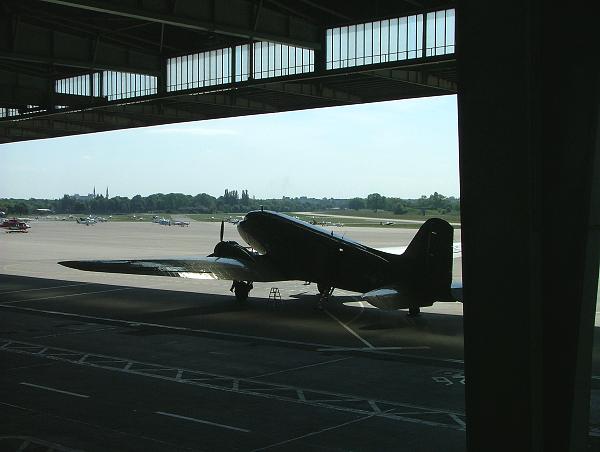 Above: The airport was designed in the 1920's, and was one of Europe's three iconic pre-war airports - the others being London's Croydon Airport and Paris' Le Bourget. During the airlift, about 2 million tons of goods were flown in, three-quarters of it coal. 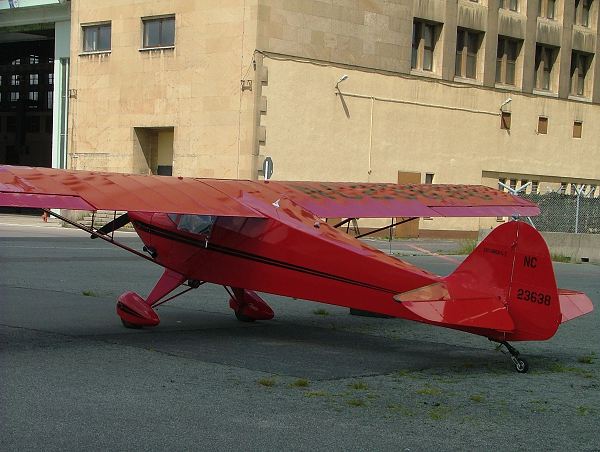 Above: On the apron was parked John Candlish's beautiful Taylorcraft, but we didn't manage to meet up.

In the evening, 67 of us met for dinner in the Reichstag, the old Parliament building. 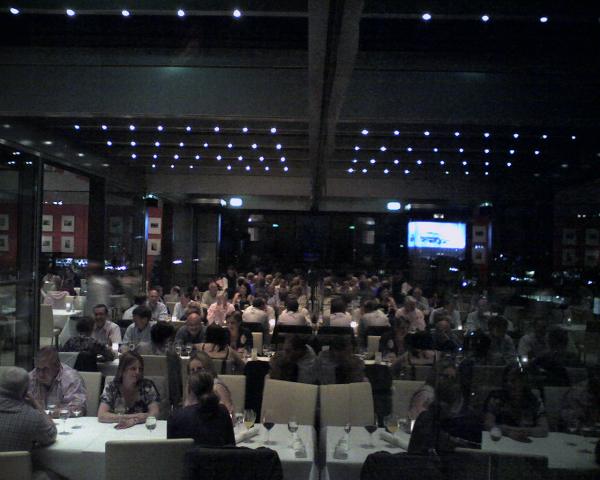 Next morning, some of us were treated to a guided tour of the airport complex. 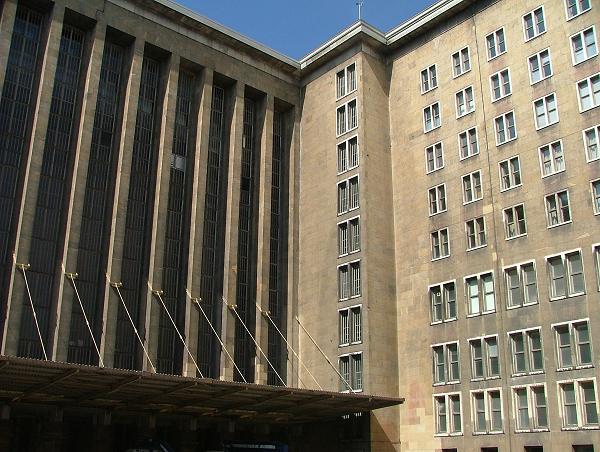 Above: It's difficult to comprehend the scale of this building. 1400 rooms and 270,000 square metres, when built it was the third largest building in the world. Now it's the 18th. 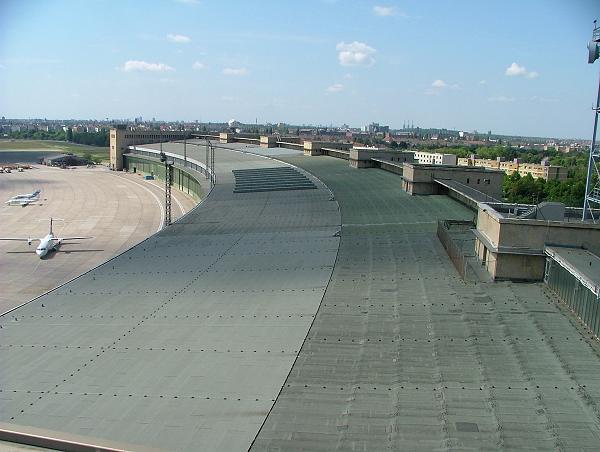 Above: From the roof, you can see the terraces upon which it was intended specators would sit to watch Germanic aeronautical events. 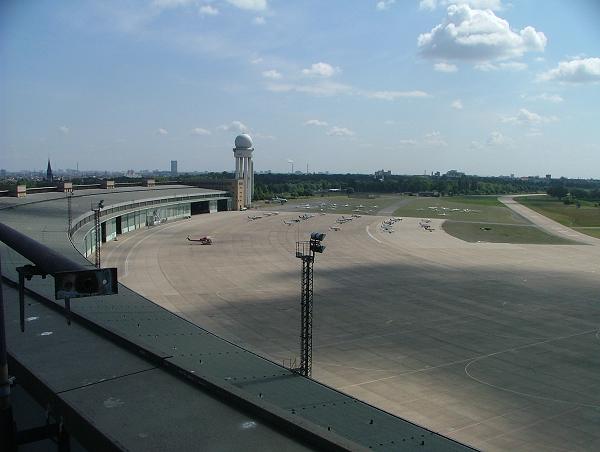 Above: Portions of the cantilevered roof are enclosed to form hangars, although the whole roof is self-supporting and not attached to the concrete & stone building. G-BREY is parked out there somewhere. 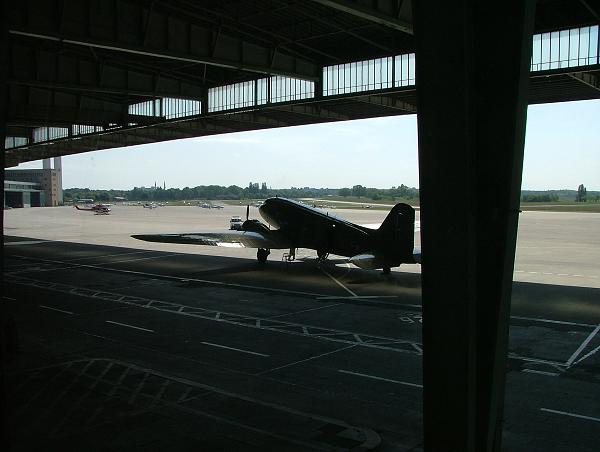 Above: Passengers could embark & disembark out of the elements.

Of course while in Berlin we had to do some touristy stuff too: 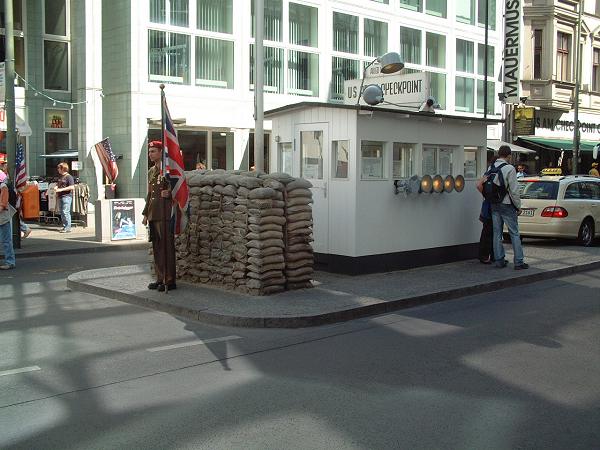 Above: So we got our passports stamped at Checkpoint Charlie... 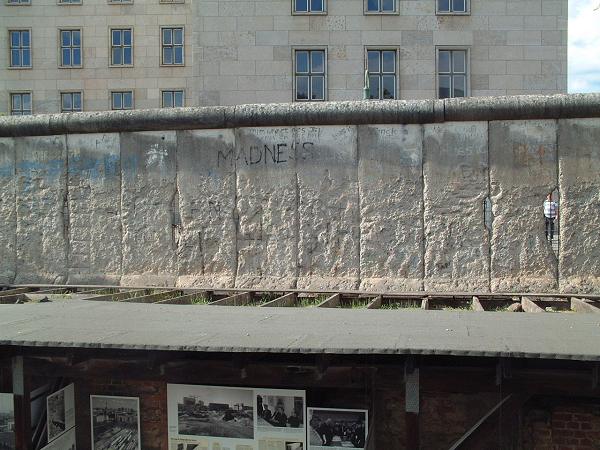 Above: ...and visited one of the last remnants of the Berlin Wall.

We had enjoyed glorious weather on the way out, so in true European fashion, the weather for the return trip had to be bad. 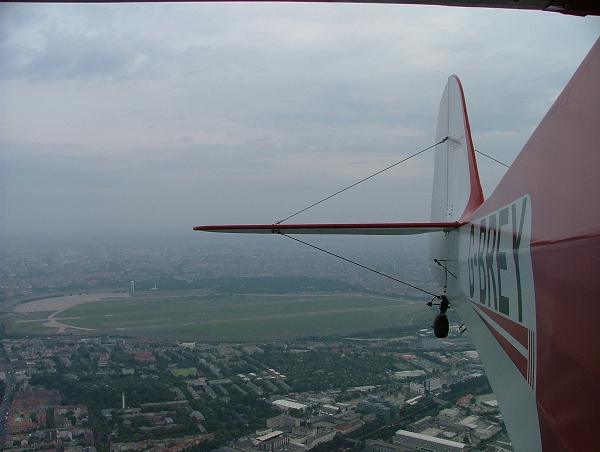 We were OK until we got to the North Sea coast in Holland, but routing down the beach, the cloudbase dropped and visibility got a lot lower.

These European lands are covered in windfarms, and we began to get concerned about CFIT, so decided to divert into Calais. 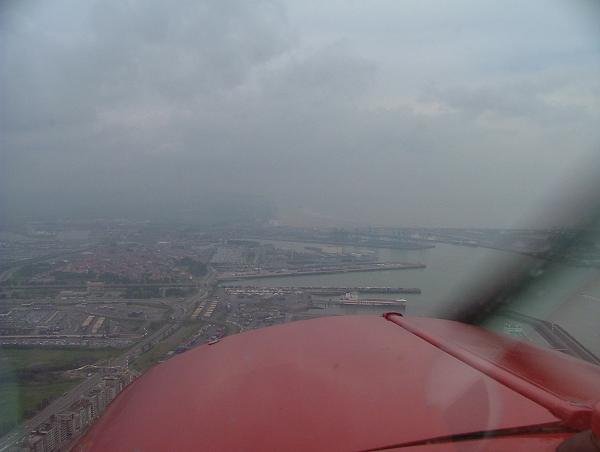 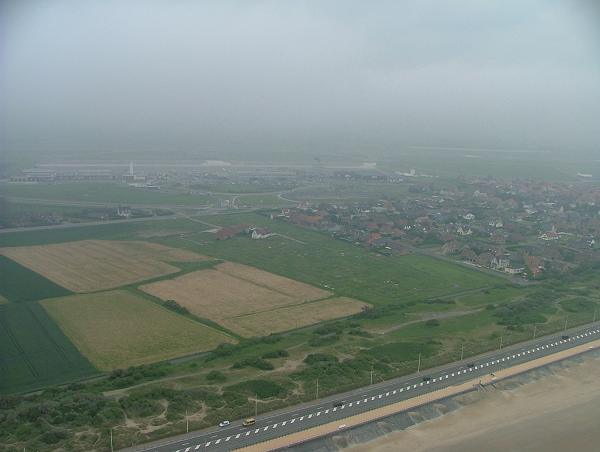 
After waking at Calais to severe clear following the overnight thunderstorms, we forewent breakfast for an early departure. 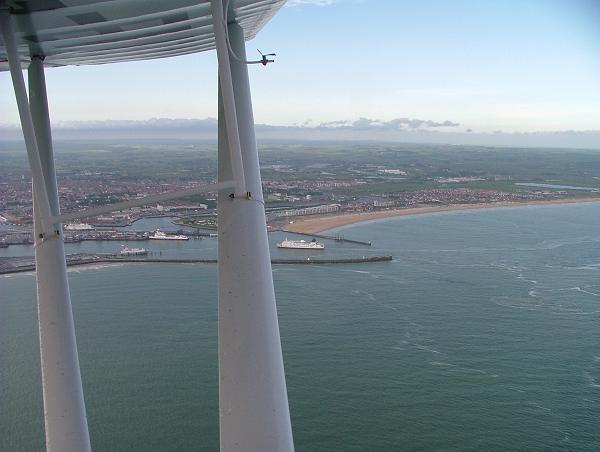 Passing Andrewsfield at 8am local, the viz & cloudbase dropped yet again, but we stuck with it until Bourne, where we decided to land.

An hour later, the southerly flow brought the better weather to Bourne, so we took off again but dropped into Keyston. So close to home! One hour later, all had improved enough to get to Leicester for a late breakfast. It was nice to fly with a 20kt tailwind for a change!

All in all 18 hours and four new airfields in the logbook, and some rather-too-close-up views of the P-tips on the blades of the numerous windmills of Europe. 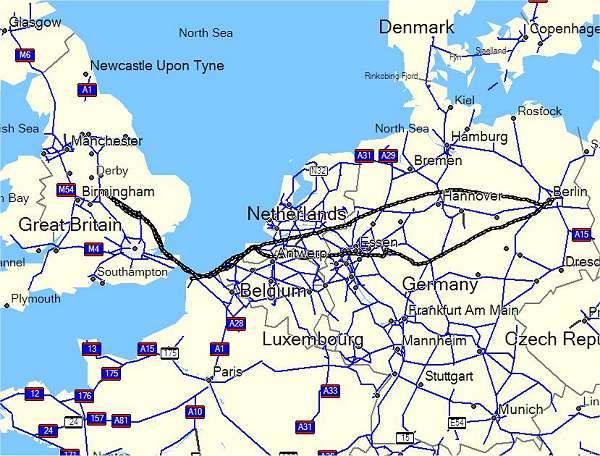